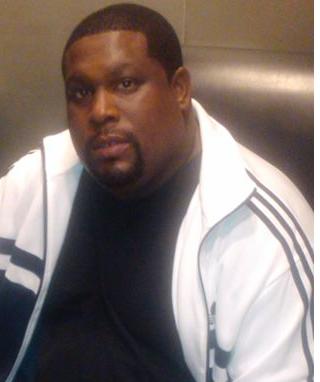 Troy Mitchell a.k.a “Big Baby”, Producer/Rap artist, was born in Portsmouth, Virginia. From a very young age, he always showed a passion for music, Hip Hop in particular. But for a young boy growing up without the guidance of his father, life was hard and the dream of being somehow involved with music was a distant reality. When he was eight years old; Troy’s mother decided to move the family to Chesapeake, Virginia in pursuit of providing a better life for him and his siblings. But, life in Chesapeake’s Holy Cove neighborhood was not as peaceful as the Mitchell family had expected. In Holy Cove, Troy went from hearing about the street legends to later becoming one himself. To prevent Troy from becoming another statistic, his older brother John E. Mitchell decided that he needed to assume the role of a father figure to his sibling and change the course of his younger brother’s life in a totally different direction by using Troy’s focus on becoming a hip hop artist and his passion for producing MUSIC. That was the moment that Hip Hop became a driving forceful in Troy’s life. Just when it seemed everything was looking up; Troy’s brother John would later be incarcerated, once again leaving him without a role model. The removal of John from Troy’s life gravitated him back to the streets where money came fast and street cred gained him the reputation of being a “Bad Ass”. Although the street life, afforded him immense financial rewards and the respect of fellow street hustlers, Hip Hop music had already laid claim to Troy’s soul and wouldn’t let him go. This is when Troy decided that he would leave the streets for good and make his brother proud by continuing both of their dreams of becoming successful Hip Hop artists and producers.

Shortly after John’s release from prison, the Mitchell boys along with member Gerald Austin come together to formed one of the most prolific rap trios to ever come out of Virginia a group nationally known as “3 Feet”. The group would move to New York City and quickly establish themselves, accomplishing dreams of working as producers and performing as artists. 3 Feet would eventually signed a record deal with London Polygram Records, managed by “Hurby (Azor) Lovebugs” of Idol Makers management. Their works include performing with platinum recording artist Salt & Pepa (the music industry’s hottest female rap duos of all time). 3 Feet contributed to the background vocals on one of Salt & Pepa’s biggest and most celebrated hits, “What a Man”. 3 Feet were also featured in the “What a Man” video. The greatest experience 3 Feet had during their run with artists Salt & Pepa was their live performance on Saturday Night Live.

Troy Mitchell himself has worked with many of the music industry’s top producers, but his work with super-producer Teddy Riley (one of the industries greatest talents who paved the way for all Virginia producers) was one of his most remarkable life changing moments in his career. Through their collaborative works, Troy and Teddy Riley would eventually become great friends; a friendship forged in music. During his time working with Teddy Riley, Troy’s name began to spread throughout the music industry. As a result Troy captured the attention of musical virtuoso Timothy “Timbaland” Mosley by word of mouth from good friend Melvin “Magoo” Barcliff. It wouldn’t be long thereafter before Troy and Timbaland would begin to collaborate on some of the most innovative music of that time.

Troy’s first collaboration with Timbaland was on his freshman album “Timbaland & Magoo”. The song was titled “Writing Rhymes” and it was the first record to be released by “Timbaland & Magoo. He would later go on to perform his own song featuring Timbaland. A song called “Brangin It” on Timbaland’s compilation album “Life in da Basement” featured Timbaland on the chorus. Same album as songs like “Fat Rabbit” which gave well known rapper “Ludacris” his big break. Troy’s last collaboration with Timbaland was on his album “Indecent Proposal” and the song was titled “Beat Club” which was actually the introduction of his newly created record label “Beat Club”. The song “Beat Club” features his old pal “Magoo”, Troy Mitchell as ”Jason Alias” (now known as “Big Baby”) himself, Sin and Timberland’s younger brother Sebastian. This album also featured one of the music industries greatest icons “Jay-z”. Jay and Troy/Jason Alias reportedly had the best verses on the album. Thoughout the years; Timbaland has aided Troy Mitchell in his development as a producer and as an artists to which Troy is eternally appreciative and thankful for.

So you see; Troy Mitchell has been around the music industry for quite some time, and feels if given the right opportunity he will become in the words of Tupac Shakur “Not the one to change the world, but the one to spark the brain of the one(s) who will change the world”! From his experience over the years as a producer/writer, Troy Mitchell has given and gained the respect of some of the biggest names in urban music today and it is for that reason why he has decided to start his own record label Gorilla Music Group.

Under his Gorilla Music Group label, Troy has signed Virginia based rap duo DMB . Since signing, the group has been well received and has performed on BET’s “Wild Out Wednesday”. Troy himself has been busy working on a new album with the likes of some of the hottest producers in the industry such as music producer and acclaimed visual effectColin Riley and Canadian mega producer Alex Greggs , who has worked with some of the biggest names in both Hip Hop and Pop genres. Troy and label “Gorilla” has also partnered with Rudimental Records, a Toronto based label, headed by four time platinum selling artist/producer 2Rude.

* BIG Baby is featured on the explosive new single “I Heard It All” with Philly rapper M Dolla. (Listen to Sample Below)

Through the grace God and the support of family, friends and business partners; Troy Mitchell a.k.a “BIG Baby” is destined to be Hip Hop’s next “Big Thing” and he vows to help other artists and producers get their big break as well. This is what motivates and drives him to be the very best.

“My Passion is my Pain” – BIG Baby

You will be redirected to the website of Troy Mitchell a.k.a “BIG Baby”

For more information about BIG Baby and his music please contact: