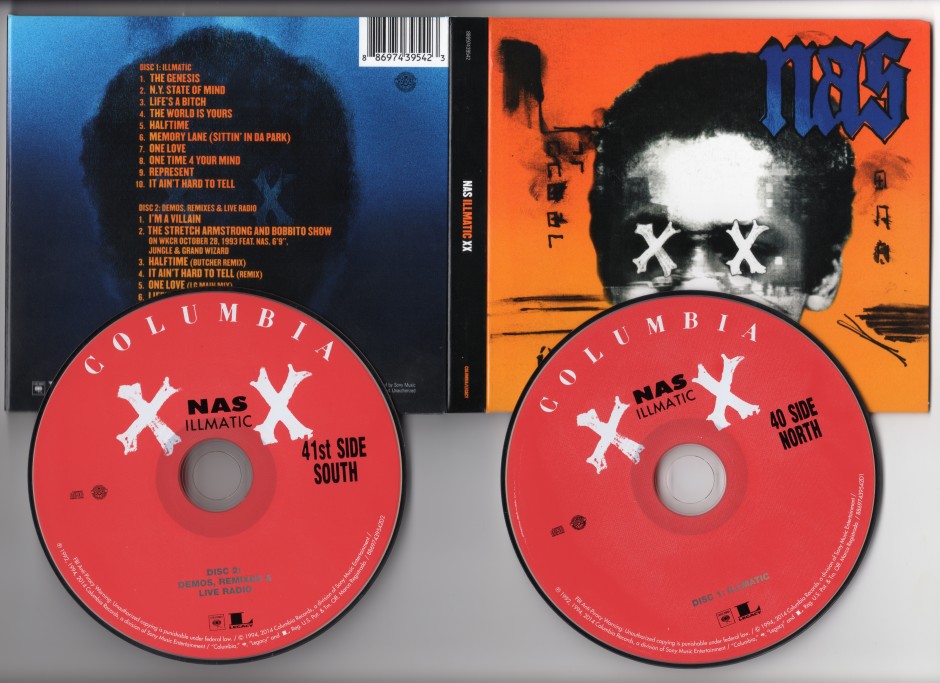 Nas‘ landmark debut Illmatic marks its 20th anniversary this spring. To celebrate, the MC is dropping jewels in our collective skull from the deluxe Illmatic XX, a double disc re-release that’s set to include remixes, unreleased demos and freestyles from the record’s session that were left on the cutting room floor.

Today we get the classic Large Professor remix of  “It Ain’t Hard to Tell”–well known to possessors of the original 12″ single. For young guns unfamiliar with anything but the video version on youtube, you’re in for a treat. Gone are the squawking horns and “Human Nature” synth lines of the studio version.

In their place is something much more raw: gravel-gritty drums and a hypnotic chop of Biz Markie‘s voice as the track’s three tight verses leave your brain stimulated. Nas has never been one to play things soft in his lyrics and the remix’s boom bap gives his vocal even more space to slice.

The whole thing sounds more youthful, unfinished and hungry–as fresh as the day it was cut, in fact. Illmatic XX drops April 15th and is up for pre-order on iTunes.

Nas has also been busy with a feature-length documentary, Time Is Illmatic, that chronicles both the creation and ongoing legacy of what’s surely one of the strongest debut records in all of hip-hop. The doc will debut at next month’s Tribeca Film Festival.