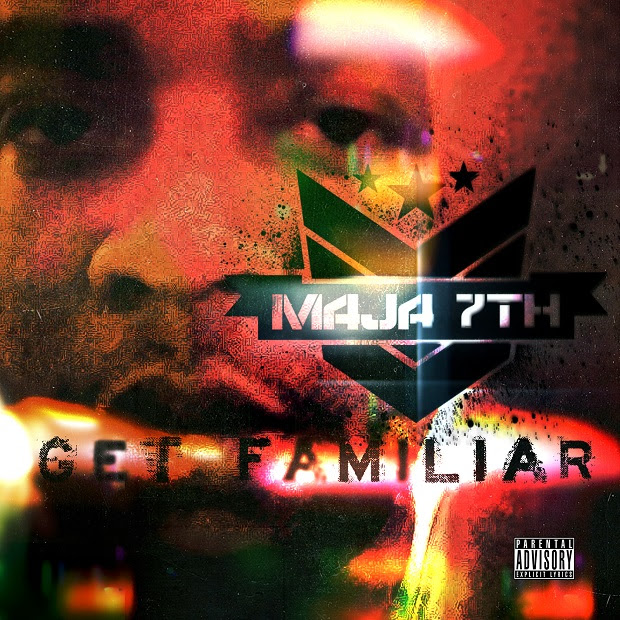 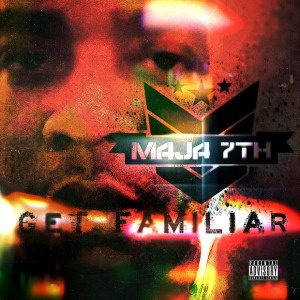 After unveiling his recent promo trailer and single “My Season.” Indianapolis, IN based producer Maja7th finally releases his long overdue compilation album “Get Familiar” the self explanatory title is a veritable collage of his previously released and new material. This 14 track project was crafted by Maja7th to get new and old listeners more acclimated to his discography, his distinctive sound and the man behind the boards. The Indiana beat-smith epitomizes musicality with his background in music theory, along with his proficient ability to play a multitude of instruments, which include the piano, french horn and trumpet. All showcased on this particular project.
“Get Familiar” plays host to alot of artists both established, and up and coming, all of them perfectly complimenting that signature Maja7th sound. The collaborations on this compilation range from the likes of Freddie Gibbs, ADD-2, Pill, Scheme, ILL Brown, Mikkey Halstad, Vic Spencer, L.E.P. Bogus Boys to newer artists such as Neak, Bubby B, Sauce, Griffen, Real Talk and more. Having already previously been featured in powerhouse websites such as DJBooth, 2dopeboyz, FakeShoreDrive, Maja7th hopes to bring his music/production to an even bigger audience this year, so… “GET FAMILIAR!”
—————————————————————————————————————–
—————————————————————————————————————–
01.) On My Own (feat. Freddie Gibbs & Mikkey Halsted)
02.) Bar-Baric (feat. ILL Brown & Waterr)
03.) My Season (feat. Bubby B & Sauce)
04.) Coffin (feat. Starrs & Murph)
05.) Get Ready (feat. Real Talk)
06.) Disappointed Lounge (feat. Sulaiman, Vic Spencer, Simeon & Mathien)
07.) Goddess (feat. Bubby B)
08.) Gold Bahz (feat. Griffen)
09.) Workin (feat. Pill & L.E.P. Bogus Boys)
10.) The Storm (feat. Scheme & ADD-2)
11.) What It Is [Get Familiar] (feat. Mike Schpitz)
12.) All Night Long (feat. Neak)
13.) Highs & Lows (feat. Dave Coresh)
14.) Happyness (feat. Dominique Larue)
*Produced entirely by Maja7th [Red August Entertainment]
*Mixed by Sean C, Longevity & ILL Brown
Twitter • Facebook • Instagram • YouTube • Website